Power (or a lack thereof) has pervasive effects on human behavior and thought. We know, for example, that in contrast to the powerless, the powerful are more likely to take action, less likely to empathize with others, and more likely to be goal-directed in their behavior. But power is often not an either-or state. From the political to the business realm, people rarely possess absolute power or powerlessness – rather, their power is in a state of flux. Yes, individuals can have absolute power (e.g., a dictator) or powerlessness (e.g., a member of India’s former untouchables caste). But individuals can also be in dynamic states of unstable power and powerlessness.

Consider Ukraine’s election in early 2010. Viktor Yanukovich was once again elected president, seizing power from the party that led the Orange Revolution a mere six years earlier. 2004 marked a humiliating defeat for Yanukovich – against his rival (and current president), Viktor Yushchenko. Thus the sweeping, fickle winds of power brushed Yanukovich both out of and back into power. Within the corporate domain, Toyota’s Prius crisis also exemplified how the beautiful state of being an industry leader cannot be taken for granted. As this event showed, such a privileged position can be lost in a seeming instant. 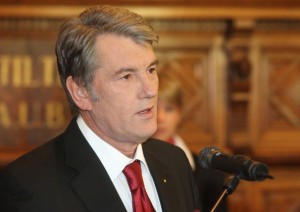 But how do these states of stable and unstable power (and powerlessness) affect behavior – namely risk-taking behavior? Are individuals who have everything to lose (i.e., the unstable powerful) more likely to take risks than those who have nothing to lose (i.e., the stable powerful)? And how about the powerless? Should we really beware of those who have nothing to gain (i.e., the stable powerless)? The answers to these questions have a critical influence on world politics and business. However, until very recently, research on human psychology has had little to contribute by way of answers.

Research conducted by my colleagues (Niro Sivanathan of London Business School and Adam Galinsky of Northwestern University) and I shows that it is those who are in positions of unstable power and stable powerless who are most likely to take risks. In three experiments, we demonstrate that the powerful unstable and the powerless stable are more likely than their stable and unstable counterparts to show risky preferences for their organization’s future, make riskier plays in a blackjack game, and act with greater risk when money is at stake. But why?

The question of the mechanism behind this relationship can be found in the jungle. Research by Stanford anthropologist, Robert Sapolsky, tells us that within non-human primate hierarchies, it is the powerful (i.e., the alpha males) who show the least risky behavior – refraining from foolhardy behavior like initiating needless aggression against other group members. But this is only when the group’s power hierarchy is stable. When the hierarchy is in flux, then it is the powerful primates who display the most risky behavior. Why is this? When a hierarchy is stable, it is those in low-power positions that are under considerable stress because they must constantly fight for adequate amounts of food and access to mates. However, when the hierarchy is unstable, it is the powerful who experience the most stress because they must defend their current positions of supremacy. And the stress leads to more risky behavior. We too wanted to explore the role of stress in humans who are in positions of varying levels of stability and power. Surprisingly (or perhaps, unsurprisingly), we found that humans acted very similarly to their non-human predecessors – individuals who were assigned to powerful unstable and powerless stable roles in the laboratory showed faster heart rates (i.e., a physiological sign of arousal) than did those who were assigned to powerful stable and powerless unstable roles. If these effects manifested themselves within fifteen minutes of time in a laboratory, one can only imagine the implications of these roles in real world contexts where there are constant reminders of one’s power level and the stability of that power! 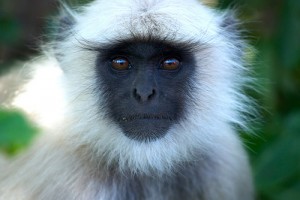 So, what can we take out of these results to apply it to the real world? For one, they have some important implications for how organizations compensate their employees. There is a current debate over how best to provide compensation – should organizations base compensation on performance or should they stabilize it, lessening the impact of variable products like stock options and bonuses? Well, the answer may come down to the risk-taking behavior that an organization wishes to elicit. A decade ago, financial firms wanted to maximize the risk-taking of its managers. However, it today’s economically-stressed times, it appears as if risk-taking needs to be minimized (for example, developing and investing in complex financial products). Thus, the current research would imply that for those who are in positions of power, compensation systems should be stabilized in order to stem risky behavior. However, for those in low-power positions, introducing compensation programs that emphasize their instability (i.e., the individual’s ability to gain more or to rise-up), should be promoted. It also has implications for factors like promotion opportunities. Emphasizing opportunities for promotion, also signals the instability of one’s position. Or in the case of the high-powered, signaling tenuous board support would accomplish the same outcome.

Thus, we find that today’s decision-makers are not too different than their non-human brethren. At the end of the day, we all act like monkeys.

Jordan, J., Galinsky, A. G, & Sivanathan, N. (in press). Risk-Taking by Those Who Have Something to Lose and Nothing to Gain: The Role of Power, Stability, and Stress. Administrative Science Quarterly.

– Jennifer Jordan is an Assistant Professor of Economics and Business at University of Groningen (her homepage). She hails from New Jersey, just like me.