How to begin your research paper

Scholars, such as Daryl Bem, suggest taking an hour-glass approach to writing a research paper. Start with broad generalizations (e.g., “William James famously noted…”), winnow the literature down to your contribution, and then build out to broad implications. In contrast, I contend you should begin your research paper with a brief overview of the important puzzle the paper tackles and your original contribution that solves the puzzle.

There are many ways to do state the puzzle and the solution:

-Although theory E is commonly accepted, we show that because of F, G, and H, it is descriptively incomplete.

-People say X can’t happen, but we show it does under Y and Z circumstances.

-Although A says B is the norm, sometimes C occurs. We resolve this apparent discrepancy by means of D.

An example of an introductory paragraph from my work:

Although mental accounting research suggests that financial windfalls are spent more readily and frivolously than ordinary income, windfalls are sometimes spent reluctantly or virtuously—a consumption pattern that mental accounting does not predict.  We introduce and test the related concept of emotional accounting, in which money is labeled by the feeling it evokes; this emotional label, in turn, influences how the money is spent. We show that when the feelings evoked by a windfall are negative, consumers engage in strategic consumption to cope with the negativity.  In particular, they avoid hedonic purchases in order not to exacerbate their negative feelings and, when possible, they seek to use the money for relatively virtuous or utilitarian expenditures in order to alleviate or “launder” their negative feelings about the money.  By incorporating consumers’ feelings about a sum of money into mental accounting, we explain behaviors that deviate from previously documented purchase patterns.

– That’s not the way you were taught to do it. (And besides, Daryl Bem is smarter than you, Pete.)

– The paper already has an abstract.

– Writing the introductory overview will clarify your contribution and provide a map of the paper.

– An introductory overview increase liking by way of fluency. The readers will know what to expect and thus help them process information easier.

– The introductory overview recognizes that there are many types of readers of academic papers: Reviewers, editors, committee members, expert readers, casual readers, citation searchers, and a variety of non-experts (e.g., professionals, policymakers, journalists, your mom). The overview helps readers how are low involvement or are non-experts (or both).

– The introductory overview gives your paper your voice. It is your paper after all. William James can wait. 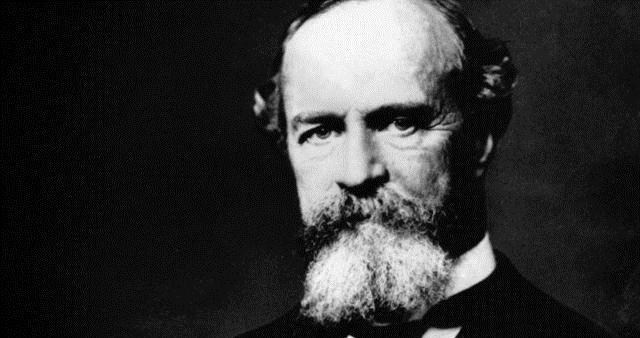 Two more examples. Note how they are written for the non-expert:

Expected utility theory has dominated the analysis of decision making under risk. It has been generally accepted as a normative model of rational choice [24], and widely applied as a descriptive model of economic behavior, e.g. [15, 4]. Thus, it is assumed that all reasonable people would wish to obey the axioms of the theory [47, 36], and that most people actually do, most of the time. The present paper describes several classes of choice problems in which preferences systematically violate the axioms of expected utility theory. In the light of these observations we argue that utility theory, as it is commonly interpreted and applied, is not an adequate descriptive model and we propose an alternative account of choice under risk.

Subliminal advertising became notorious in 1957 through the publicity surrounding James Vicary, a private market researcher, who claimed to have substantially increased sales of Coca Cola and popcorn in a movie theatre, by secretly and subliminally presenting the message “Drink Coca Cola” and “Eat popcorn.” Nobody has replicated Vicary’s findings; his study has never been published and appears to have been a publicity hoax (Pratkanis, 1992). In the present article, we argue that Vicary’s fantasies do have some basis of reality. We argue that subliminally priming a brand name for a drink can increase the likelihood that participants will choose that drink, given the opportunity to do so. But importantly, as we will argue and demonstrate, priming of a brand name for a drink will only affect choice behavior of people who are thirsty (i.e., have a goal to drink) and not of people who are not thirsty.

Special thanks to Elissa Guralnick of the University of Colorado Boulder for teaching me this technique. Most everything I said above was taught to me by her.