You, the powerful shopper

Consumers have never been more powerful.

1) The rise of the smartphone 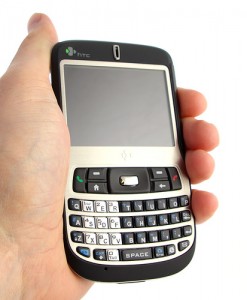 Actually, it is the power of information.

To demonstrate the power of information, I recently conducted a class demonstration: I held up a copy of the book “The Magic of Thinking Big” and offered it to the first student who could find it shipped to them for less than $5.00. The students took out their smart phones and opened up their laptops. Seventeen seconds later we had a winner.

The ability to quickly and easily find products on the web, reduces search costs and expands the customers consideration set – both help customers find lower prices. And retailers are reeling.  A WSJ article details the effect:

Until recently, retailers could reasonably assume that if they just lured shoppers to stores with enticing specials, the customers could be coaxed into buying more profitable stuff, too.

Now, marketers must contend with shoppers who can use their smartphones inside stores to check whether the specials are really so special, and if the rest of the merchandise is reasonably priced.

2) The rise of the daily deal. 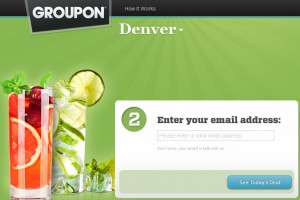 Actually, it is the power of the group.

I was recently interviewed by a local news station about how addicting daily deals are, but the big story is the amazing values (in the neighborhood of 50% off products and services ) landing in people’s  inbox every morning.

It is hard to imagine that retailers are making money on daily deal promotions. So, why do they do it?  One reason is to clear inventory. A more compelling reason is the exposure to thousands of eager consumers.  (This helps explain why Google tried to buy Groupon for $2.5 billion.)

Consumers are increasingly harnessing the power of the group improve their buying power. In China, for instance, 500 consumers formed a flash mob at an electronics store in order to secure 10 – 30% discounts. (Read more about it here)

On an otherwise quiet Friday afternoon in Guangzhou, a city in southern China, 500 shoppers gather outside a Gome electrical superstore in the downtown district. They arrive en masse at the designated time—June 16th at 4pm—that they had previously agreed online. Several hours later, they emerge clutching boxes, having secured 10-30% discounts on cameras, DVD players and flat-screen televisions. “It was great,” says Fairy Zhang. “We just bought an apartment and this way we can afford nice things for it.” The previous weekend, over 100 locals visited Meizhu Central, a well known furniture outlet, to haggle over the prices of kitchen cabinets and dining-room furniture.

What do you think makes the consumer more powerful than ever? Where are consumers losing power? I want to hear from you.