I recently returned from the Humor pre-conference at the Society for Personality and Social Psychology. I got a chance to talk to Bob Mankoff, a cartoonist and the Cartoon Editor of The New Yorker.  I asked him:

His answer is compelling. Yes, The New Yorker’s cartoons are intended to make you laugh, but they are selected to do more than that. In particular, the cartoons are intended to make you think (sometimes deeply). During Bob’s talk at the conference, he also mentioned that the cartoons need to be consistent with the editorial standards and tradition of The New Yorker, which are more subdued than that of, say, Mad Magazine. 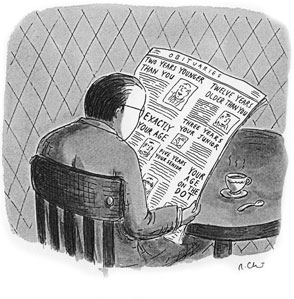 People allege that the the winning anti-caption is funnier than the winning caption at  The New Yorker. It is also more likely to offend (and fail to meet the multiple editorial goals of the magazine). Consider the winning submission for this cartoon: 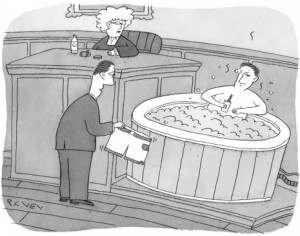 WINNER
I doubted your insanity defense, but I can clearly see your nuts.–wizalt

SECOND PLACE
“When you say you’re ‘in really hot water right now,’ do you mean it in the I’m-guilty-of-murdering-my-wife sense?”– t.a.m.s.y. 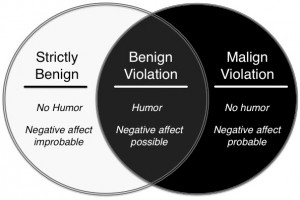 More later, but in the meantime, please tell me what you think.