Who is funnier: Democrats or Republicans?

With Joel Warner (This post was previously published at Wired.com).

However you slice and dice the presidential candidates’ performances at the three debates, there’s little question that Barack Obama won on the comedy front.

Before the second debate was even over, an internet meme had sprung up around challenger Mitt Romney’s clumsy claim that he’d sought out “binders full of women” to fill his cabinet when he was governor of Massachusetts. 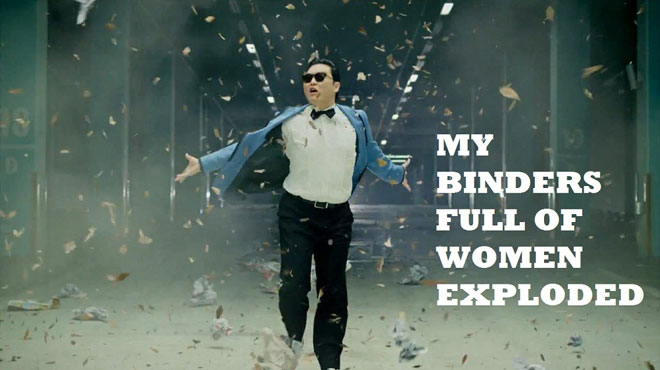 Another meme emerged last week out of Obama’s comical skewering of Romney’s concern about the shrinking size of the U.S. Navy: “You mention the Navy, for example, and the fact that we have fewer ships than we did in 1916,” Obama said. “Well governor, we also have fewer horses and bayonets. We have these things called aircraft carriers and planes land on them. We have ships that go underwater, nuclear submarines.”

Within minutes, a “Horses and Bayonets” Tumblr was up and running. Comical scoreboard: Democrats 2, Republicans 0.

The results bolster the assumption that in this country, liberals have a lock on funny. While it’s easy to list any number of left-leaning people in the comedy business, it’s not so simple to come up with big-name conservative comedians beyond Dennis Miller, P.J. O’Rourke and Victoria Jackson. And while seemingly liberal-minded satirical news programs The Daily Show With Jon Stewart and The Colbert Report are unstoppable on their warpath, when the Fox News Channel unveiled its conservative news satire show The 1/2 Hour News Hour in 2007, the program lasted a measly 15 episodes.

So why isn’t there a Republican version of Jon Stewart, a conservative counterpart to George Carlin? Is it because conservatives by their very nature aren’t as funny as liberals? Scientifically, are Republicans just not wired in the same comical way as Democrats?

The question bears asking, since humor in politics is a very big deal these days. This year, the Pew Research Center for the People and the Press found that 15 percent of 18- to 29-year-olds regularly learned campaign news from late-night comedy shows, compared to the 12 percent that got their information from network news programs or the 11 percent who relied on their local newspaper. No wonder that politicians’ comedic forays have come a long way since Richard Nixon’s awkward but still revelatory “Sock it to me?” on the Sept. 16, 1968, episode of Rowan & Martin’s Laugh-In. Now, it’s imperative that candidates make the late-night rounds, cracking wise with Letterman, Leno and all the others. In the modern political landscape of glossy sound bites and endless spin, it’s assumed that humor is one of the few ways left for politicians to actually look human.

But if that’s the case, are conservatives at an inherent disadvantage on the satirical stage? There’s some logic to this argument, says Alison Dagnes, a political science professor at Shippensburg University in Pennsylvania and author of the new book A Conservative Walks Into a Bar: The Politics of Political Humor. Conservatives are associated with traditional values, established institutions and time-honored conventions — not the sort of stuff that’s associated with great comedy.

“When satire works, it’s always anti-establishment,” she says. “And that’s not very conservative.” It doesn’t help that the bastions of American comedy business like Saturday Night Live are famously filled with alums from the Ivy League and other liberal arts colleges — and liberal arts schools are, for the most part, lousy with liberals.

Even if satire is theoretically rooted in liberal concepts, that doesn’t mean the American satire industry is rife with liberal bias, as many conservative pundits like to claim. “One thing that has to be emphasized is there is difference between a satirist and his material,” says Dagnes. Even if a satirist has liberal leanings, to be successful, his or her first priority isn’t going to be espousing a liberal viewpoint, it’s going to be remaining timely and entertaining. That was proven by a recent study by the Center for Media and Public Affairs at George Mason University (.pdf).

Researchers there cataloged every joke told about a political figure on The Tonight Show With Jay Leno, The Late Show With David Letterman, Late Night With Jimmy Fallon and The Daily Show With Jon Stewart over an eight-month period in 2010. They found that 9 percent of the 1,625 zingers were about President Obama. Republican President George W. Bush fared worse in 2002, since Leno, Letterman and Conan O’Brien knocked him in 10 percent of their jokes. But neither president compared to the skewering that Bill Clinton received in 1994, since the Democrat was the butt of talk-show jokes 15 percent of the time. So much for the idea that late night is a purely Democratic domain.

But what about the politicians themselves? Are Democratic officials better at being funny? University of Arkansas political science professor Patrick Stewart is in the perfect position to answer that. As he describes in his book Debatable Humor: Laughing Matters on the 2008 Presidential Primary Campaign, he systematically cataloged and analyzed every use of humor in the Republican and Democratic primary debates during the 2008 presidential election. All in all, he says, “I didn’t find anything in the last election on which party is funnier.”

He did, however, find some differences in how the Democratic and Republican candidates joked around. Democrats, for example, tended to rely on the kind of humor and laughter that was inclusive and convivial. “The Democratic Party is a highly egalitarian party,” says Stewart. “Anyone can get in or drop out. So you really have to be charismatic like Clinton or Obama to draw people in.” Obama was particularly good at this in the 2008 season: Stewart found that in the debates, he often flashed smiles of genuine amusement and engaged in loose-jawed laughter, the sort of visual signals that suggest, “Join me, I’m here to play.”

Republicans, on the other hand, tended to rely on what’s called “encrypted humor,” says Stewart, the sort of “wink, wink” in-jokes that separate insiders from outsiders. Take Republican candidate Mike Huckabee’s 2008 quip that “We’ve had a Congress that has spent money like [John] Edwards at a beauty shop.” By using the term “beauty shop,” as opposed to, say, “barbershop,” Huckabee’s joke was “not just an attack on congress, but also an attack on Edwards’ masculinity,” says Stewart.

So neither late-night comedy nor the 2008 political debates suggest Democrats really have a leg up on Republicans in the funny business. But what about how average Democrats and Republicans go about their daily lives: In general, do liberals have a better sense of humor than conservatives?

To find out, Duke University psychology and behavioral economics professor Dan Ariely and Mount Holyoke College student Elisabeth Malin in 2008 told 22 jokes on various topics to 300 people, half liberal and half conservative, and asked them to rate their funniness. Not too surprisingly, the conservatives were more apt to enjoy jokes that reinforced traditional racial and gender stereotypes — including a zinger about a guy choosing a game of golf over his wife’s funeral.

Maybe, then, the claim that Republicans aren’t funny is as empty as that chair Clint Eastwood yelled at during the 2012 Republican National Convention. And maybe conservatives really are ready for their own version of Stephen Colbert or Lenny Bruce. All they have to do now is find the right funnyman (or woman) for the job.

That person, however, probably shouldn’t be Mitt Romney. Judging from his attempts at prime-time humor during the debates, he should probably stick to his day job. 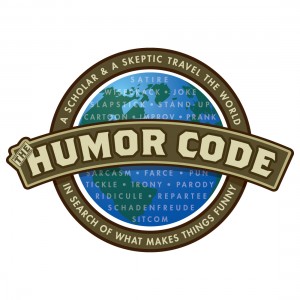