The following is adapted from Shtick to Business: What the Masters of Comedy Can Teach You about Breaking Rules, Being Fearless, and Building a Serious Career. 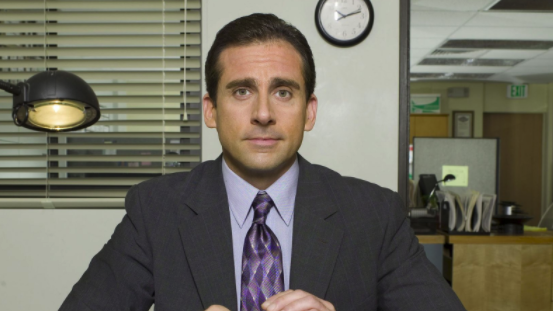 Who doesn’t want to be the funniest person in the office? But as a behavioral economist turned humor researcher, I have stopped encouraging people to be funny at work.

I once argued for the benefits of humor in the workplace, but no longer! Here’s an inside look at why my mind changed—and two ways behaving like the typical comedian can hurt your professional performance. I want to get you promoted up the ranks. Not called down to HR.

Skip the Jokes at Work

First, being funny is simply not the best solution to most people’s professional problems.

Indeed, the risks of humor in a business setting aren’t necessarily worth the potential rewards. There are twice as many ways to fail than succeed. Comedy can fail by: 1) boring people to death, or 2) causing outrage and social isolation. And it’s tough to predict which way you will fail.

Second, my work in the Humor Research Lab (aka HuRL) reveals that laughs are a moving target. While humor is a universal experience, what is funny is ridiculously subjective and based on vast individual and cultural differences. In short, the same joke can make one person laugh, another person yawn, and yet another person gasp.

Third, everyone–especially Michael Scott–thinks they’re funny because they are to themselves. Some people are truly funny, but the average joke teller relies on what he or she finds funny rather than what the audience will find funny.

Fourth, even when you are successfully funny, comedy can still backfire. For example, a recent study found that making jokes during a presentation enhances a man’s status but hurts a woman’s status.

Emulating the skills of the masters of comedy—like thinking differently, finding creative solutions, and reversing the status quo—can revolutionize your work life, but being funny at work can land you in trouble.

Aside from cracking jokes, here are two other ways you shouldn’t behave like the typical comedian.

One of the most infuriating situations involving comedians occurs when they’re performing on stage, not getting laughs, and then blame the audience. Commenting to the crowd on how dumb they are for not laughing not only doesn’t bring them around to your side, but it poisons the water for subsequent performers.

As a business, if customers aren’t buying your solution, you can’t blame them. That will certainly not solve your sales problem.

As a professional, if you’re not getting hired, don’t blame the businesses. In both cases, look back on yourself. Ask yourself: why am I not getting the outcomes I want?

More than likely, the fault lies in something you’re doing, which means it can be corrected.

Comedians are notoriously bad at taking care of themselves. They sleep weird hours, don’t exercise enough, and they eat too much truck stop food.

It may be that they’re not grounded enough in a regular routine. It may be that because hard living is part of the comedy culture, comedians feel they have to adopt that life to be part of that world.

If you want to do creative work, in business or comedy, it helps to be healthy and energized, especially if you’re trying to make something exciting. Also, with the coronavirus spreading, it’s more crucial than ever to keep yourself in good physical condition. All your ideas won’t matter if you’re not here to execute them, so remind yourself as needed: it’s a marathon, not a sprint.

Now that you’ve been warned about being the workplace clown, what should you do? Still look to comedians for inspiration.

Instead of cracking jokes, emulate comedians’ creativity, their ability to cooperate, and the boldness they exhibit as they pursue their careers. It takes guts and a secure sense of self to step on stage, and most of us non-comedians could benefit from being more confident in ourselves and taking greater professional risks, like asking for a promotion.

Comedians make great professional role models, but remember, it’s not about mimicking their product and becoming the office clown—it’s about learning from their process.

For more business advice from the genius and madness of the world’s funniest people, you can find Shtick to Business on Amazon.

Dr. Peter McGraw is a behavioral economist and global expert in the scientific study of humor. He directs The Humor Research Lab (HuRL), hosts the podcast I’M NOT JOKING, and is the co-author of The Humor Code: A Global Search for What Makes Things Funny. Peter’s work has been covered by the New York Times, Wall Street Journal, Harvard Business Review, NPR, and CNN. He’s a sought-after speaker and professor who teaches MBA courses at the University of Colorado Boulder, University of California San Diego, and London Business School.