Single Insights: The Science of Solos, is a resource for entrepreneurs, marketers, managers, sales people, and human resource professionals who are looking for ways to escape the competition. I was recently interviewed by Amanda Kramer in my role as a marketing professor at CU Boulder’s Leeds School of Business. The conversation was published as part of the Leeds Business Insights podcast.

Here is an abridged, edited transcription of the conversation. You can hear the full conversation here or anywhere you can find the Solo podcast.

Q (Amanda): Let’s quantify the rise in singles before we dive in. What are we looking at in terms of numbers?

A (Peter): I will focus on the United States; however, the rise of singles is a global phenomenon. There are 128 million singles in the U.S. That is, nearly one out of every two adults are single. Moreover, one in four millennials are projected to never marry, and 28% of households in the United States have only one occupant.

One of the reasons for the rise of singles are demographic shifts: it’s easier to get divorced now than it was before, we have a lower birth rate, we have immigration (immigrants tend to be single when they arrive), and we have people living longer than ever—all which contribute to the increasing number of singles.

Another less-obvious reason is that singlehood begets singlehood. There was a time that if you were 35 years old you might be the only single person of your age in your neighborhood. Everyone else was married. But now, especially in urban areas, you can easily find single people your age, living a diverse lifestyle, and not defaulting into the norm of family, marriage, and children.

The rise of singles is also fueled by the rise of women. In the U.S. and in other developed nations, women are experiencing less pressure to marry. They have greater access to education and therefore have greater economic opportunities. Moreover, the invention of birth control gives women more freedom of choice. As a result, women are staying single longer or not marrying at all.

Q: You’ve also worked to advocate for better workplace environments that meet single people where they’re at, which doesn’t necessarily mean paying them more. How much of a focus do you think companies should place on recruiting single people and then how can they make their workplace a better place for singles to work?

A: Companies should focus on recruiting singles and making their workplace a better place for singles to work. With low unemployment rates, there are more employers competing for high quality workers. One of the things that’s clear from the research is people don’t only work for money; there are other factors that matter for recruiting and retaining employees.

Many workplaces are slow to adapt because they have legacy beliefs about the prominence of the nuclear family, but it’s on the decline. If you are seeking to recruit and retain workers, singles are a good option, but they may have different needs and don’t want to be treated differently in the workplace. There’s often less respect for a single person’s personal endeavors compared to a parent. If you have a child, it’s easy to ask someone to cover for a shift. The person getting asked to cover this shift is often solo because presumably they don’t have anything better to do with their time.

Singles tend to work more than their partnered peers because of the lack of natural boundaries that married employees have (e.g., I have to go pick up my kids). Furthermore, there’s research that new fathers often get pay raises without a commensurate increase in the value that they provide to the firm. Any human resource manager will tell you to compensate people based on their performance and their value to the organization.

Q: Now, Peter, there’s another area you have identified that highlights the differential between workers with families and single people. What is that difference?

A: One issue is that singles and non-singles have different desires for workplace policies. For instance, the average family person often welcomes a nine-to-five Monday through Friday schedule because their kids are on a similar schedule. They want to be able to have their nights and weekends free. If you’re single, you don’t have to adhere to someone else’s schedule. Thus, you may be interested in working at a different time. The time spent in the office on a Saturday night is no less valuable than time spent in the office on Monday morning. Nevertheless, managers will often judge a person’s performance based upon whether they’re present rather than based upon results. Additionally, a lot of workplaces are built into suburban office parks with long commute. Again, being close to suburban families often singles know they don’t have to be home, they can work from anywhere and thus are desiring remote work more often.

Moreover, workplace benefits are often built with families in mind. For example, a single person gets healthcare, but a married person gets healthcare for themself and for their family. They get a differential benefit and what is not often considered is another benefit to singles. Almost every employer allows bereavement leave for a family member but very few allow it for a friend. For a single person, friends may be serving the same role as a member of their family by choice.

What do you do about this? If you’re an HR professional or a manager, what you can do is create a cafeteria style menu of benefits. Any good employer should offer parental leave but if you’re single and don’t plan to have a family you should be able to choose something else from the menu, such as pet insurance or the ability to have a sabbatical.

Q: It sounds like workplaces still have a lot of outdated biases against single people. What are some ways this bias is baked into institutions even today?

A: As I was saying, any good workplace has parental leave, but people often now exist outside of that little nuclear family regarding an extended family or even a family of choice. 70% of companies only offer paid family leave to those with children so it’s limited to that small group. Now one of the biases against singles is they’re seen as selfish —that they’re not willing to lean in and do the hard work of raising a family and settling down. That couldn’t be further from the truth.

Q: You’ve made a compelling case for why managers in HR should shift their priorities to recognize the importance of single people in the workplace. Similarly, how should businesses think about the growing demographic from a consumer perspective?

A: Let’s first talk about why singles are a solution. If you run a business, you care about growth. In the short term, you have the natural competitive forces that exist in the marketplace and lots of people fighting over the same customers. In the long term, you’re seeing demographic shifts, ones that can be concerning about overall growth such as a lower birth rate and a graying population.

I believe that singles are a solution to both of those problems.

Because most companies, entrepreneurs, and CEOs still think about a legacy family structure as dominant in society, they default into looking to serve that group, overlooking the demographic shift to singles. Once you recognize that singles are a potentially useful target market and no one else does, it gives you an opportunity to grow as this group grows.

Q: So now that you’ve laid the groundwork there, how might a company do this? 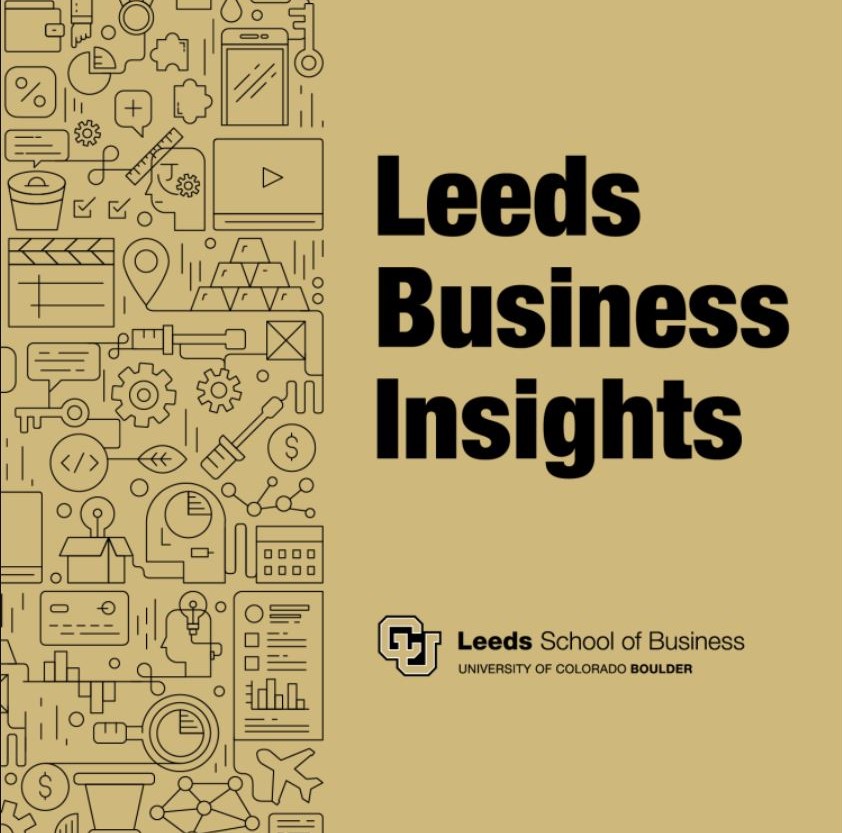 A: The easiest thing is to recognize that you already have single people as customers—and you are not doing a good job communicating to them. Look for opportunities to portray your product or service in the hands, hearts, and minds of a single person. For instance, if you sell ice cream what you find is that people buy ice cream as kind of a nesting phenomenon sitting under their blanket, watching Netflix, and indulging themselves in a comforting kind of way. Not all people are surrounded by 2.5 kids and a spouse, some are sitting home alone. Yet good luck finding that portrayal in an advertisement.

Q: Those are great examples for companies that already have products, but what about companies that have an opportunity to develop a product with a single in mind?

A: ElectraMeccanica has a one-seat electric vehicle called the SOLO. The vehicle is designed for the solo, whether it be the solo commuter or for the single person more generally. This is groundbreaking because it has a lower price point and fits that solo mentality, targeting the person who cares about the environment and those deciding to not have a family.

Another example is a Japanese restaurant Ichiban which have spearheaded solo dining. They’ve done this under the auspice that dining alone allows you to concentrate on the flavor of their ramen, but really the business model is more advanced. Ichiban finds that they turn their tables over faster. Solo diners eat 20% faster than non-solo diners because they’re not conversing; they eat and then they go. They’ve created this mutually beneficial restaurant concept which caters to a sizable proportion of the population and is more profitable because they turn over their tables faster.

Q: As we think about wrapping up here, our final question is, is who else could benefit from changing their focus to better serve singles?

A: The easy answer is any organization that has single members, customers, etc., one place is churches. We’ve had a decrease in religiosity in the U.S. and there is a lot of competition for churchgoers. Smart churches are embracing marketing techniques looking to eliminate the pain points of going to church. If you’re single, you often feel left out of the church community because it’s so family focused and yet single people become families, you don’t want to lose them before that happens. Additionally, some people remain single indefinitely, but still want a spiritual experience. Pastors, rabbis, and priests and so on should shift some of their attention to make a more inclusive environment for this rising demographic.

The other group that comes to mind is that of politicians and policy makers. Many policies and conversation around policies and campaigning is around the family, and yet the struggles that families have are often the same struggles single people have. Using more inclusive language can help not only bring people into the voting booth, but also to garner support for new policies and new initiatives that are designed to make the world a better place.

Dr. Peter McGraw—a behavioral economist, business school professor, and bachelor—hosts the podcast Solo—The Single Person’s Guide to a Remarkable Life. His solo clubs on Clubhouse are home to more than 250,000+ members. As the Director of The Humor Research Lab (HuRL) and two-time author (The Humor Code and Shtick to Business), McGraw speaks at Fortune 500 companies, public events, and universities around the world.

Solo Thoughts 6: What Does It Mean To Be Solo?