How have you had friends or family meet a Hollywood actor and marvel at how short he is in real life? (This phenomenon seems to happen more often with males than females, so I will limit the discussion to male actors.)

My friend, @markferne, had this experience recently: 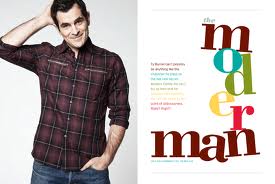 The Telegraph did an article about Hollywood’s shortest actors. Guess who is taller:

Answers based on the article:

Surprised? Seems to me that there are two possible explanations:

Famous actors really are shorter than average. There could be something about television and film production in which shorter people look better on camera (in the same way that tall thin people are thought to look better modeling clothes). Or, perhaps shorter people are more likely to be drawn to acting in the first place. (I am not entirely sure why this would be the case – for instance, sports are less appealing to them because sport tends to reward larger athletes.) In either case, the pool of acting talent could in general be shorter than average. Thus, shorter actors would be more likely to be selected for roles.

Famous actors are shorter than you expect. The big screen makes actors seem larger than life, and actors often are portrayed to be taller than they actually are (e.g., standing on blocks so that they look taller than other often less famous actors or their leading ladies). In either case, famous actors disappoint us relative to our expectations (as Mark notes above).

BTW, there is an ehow article about ways to do make actors taller. My favorite:

Construct undersized doorways for shorter actors to enter through. By doing this, actors will appear taller on screen. Standard sized doorways measure 80 inches, so you can choose to lessen that according to the effect you want to create.

What do you think?

An aside about film…

………………Not the same height in real life
.
My favorite story about how height is manipulated in film comes from the listening to the commentary to the movie Tropic Thunder. There is a scene in which Ben Stiller (who not coincidentally happens to write, direct, and produce the movie) is towering over Robert Downey Jr. as they walk along a path. However, Downey is noticeably taller in real life. In the commentary, the actors note why Downey appears shorter: He is walking in a rut that that the crew carved into the path.