Q: Are men funnier than women? A: Not really. 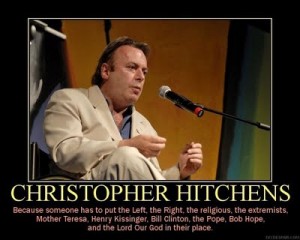 The entertainment industry seems to agree. According to the Writers Guild of America, women represent just 28 percent of all jobs in television, and 18 percent in the film industry. Such a radical imbalance might leave us all believing that if something is funny, it must’ve come from a guy. Sure enough, a recent experiment involving New Yorker cartoons found that participants of both genders misattributed funny cartoon captions to men, and the non-funny captions to women.

But lately, as the two of us travel the world in search of what makes things funny, Hitchens’ argument seems suspect. While exploring the world of stand-up comics and show-biz insiders in Los Angeles, one of funniest bits we saw involved comedienne Tig Notaro and a squeaky stool. In New York we delved into the venerable world of New Yorker cartoons, where hardly any name looms larger than that of female cartoonist Roz Chast. And while searching for laughs in the West Bank, we met Manal Awad, a woman who co-created Palestine’s first-ever political satire show, one so barbed and popular the government shut it down.

Such discoveries made us wonder: Does science back up Hitchens’ claim? Empirically, are women really less funny than men?

In the nascent years of humor research prior to the 1980s, studies supported Hitchens’ claim. Men were more likely than women to enjoy jokes and cartoons that researchers presented them, and differences were especially pronounced for sexual or aggressive material. The problem, however, was that later reviews of these studies found that many of the jokes used were downright sexist (“Why did the woman cross the road? Never mind that, what was she doing out of the kitchen?!”) So it wasn’t necessarily that the female participants didn’t enjoy humor; they just didn’t enjoy humor at their own expense.

These days, humor researchers are more nuanced and discerning in measuring people’s funny bones. So what have they found about women and laughter? There’s likely no one better to weigh in on the subject than Rod Martin, author of The Psychology of Humor and unofficial dean of psychological humor studies. And last summer in Boston at the International Humor Conference, an annual meeting of humor scholars from around the world, Martin didn’t mince words: “I think Hitchens is wrong.”

As Martin pointed out, in nearly all quantitative tests, from comedy-appreciation surveys to joke-telling contests to self-report questionnaires to observational experiments that measure humorous qualities in everyday life, men and women have been found to be far more alike than different in how they perceive, enjoy and create humor.

And here’s a real surprise: When you do away with all the sexist material, women tend to like dirty jokes just as much as their counterparts. So much for Hitchens’ claim that women have “a very different attitude to filth and embarrassment” than men.

One of the few areas researchers have found gender differences in humor is in mating and dating. During courting rituals — which these days usually means Match.com profiles — men seem to be more likely concentrate on humor creation, while women concentrate on humor appreciation. For example, a 2006 study asked undergrads to rate two hypothetical romantic partners based on written descriptions. Women tended to choose the partner who would make them laugh rather than the one who would appreciate their jokes, while men preferred the opposite.

Evolutionary theorists believe this is because a sense of humor in men is seen as a sign of intelligence, social desirability and overall genetic fitness. In other words, good jokes are a guy’s version of colorful peacock plumes. Sure enough, a recent study found that male participants who did best on a cartoon caption contest tended to be more intelligent and have more sexual partners. No wonder everyone from Zach Galifianakis to Michael Bloomberg have been desperate to win the New Yorker cartoon caption contest.

The studies that do find gender differences conclude men might have a slight advantage over women in coming up with good jokes. But such research misses the fact that men’s advantage may come at a cost: Trying hard to be funny risks offending people. It was a chance that Hitchens, for example, was often willing to take.

So which gender is more likely to produce offensive humor? To find out, Peter, the scholarly half of our duo, asked his undergraduate students at the University of Colorado to take part in a joke competition. Forty-six students — 20 males, 25 females and one unidentified — each submitted a joke, all of which were then rated by another group of students from 1 to 5 in terms of funniness and offensiveness. 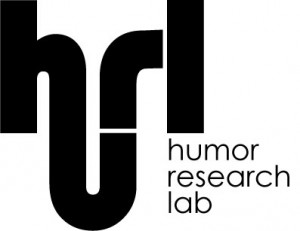 Working with colleagues Caleb Warren and Kathleen Vohs, plus representatives of his Humor Research Lab (aka HuRL), Peter discovered that the jokes written by men tended to be rated funnier, but the gender difference was so slight it wasn’t statistically significant. On the other hand, the guy’s jokes were significantly more likely to offend. For example, two of the top three funniest-rated jokes were written by men:

–What’s the first thing a [University of Colorado] girl does when she wakes up? Walks home.

–Penn State Football: Go in as a tight end and leave as a wide receiver.

Both jokes were rated highly offensive, with the Penn State joke coming in at an average offensiveness rating of 2.49 out of 5 — the highest of all 46 jokes.

But the funniest joke of all, with a stellar 4.49-out-5 funniness rating, came from a woman:

–How do you know you’ve been robbed by an Asian? Your homework is all finished, your computer has been upgraded, and he’s still trying to back out of your driveway.

On average, students rated this joke 1.91 out of 5 in offensiveness — still pretty insulting, but not as much as the top two written by men.

You can find the rest of the jokes and their ratings on our website.

In short, maybe guys are slightly better at cracking jokes than their better halves — but in the process, they’re more likely to rub folks the wrong way. Put another way, who’d you rather have toasting you at your wedding: Charlie Sheen or Tina Fey?

Note: I have teamed up with  journalist Joel Warner for the Humor Code project, an around-the-world exploration of what makes things funny. Follow us on Facebook and Twitter.