Pick a Fight: How Controversy Earn Fans for Your Brand

The following is adapted from Shtick to Business: What the Masters of Comedy Can Teach You about Breaking Rules, Being Fearless, and Building a Serious Career. 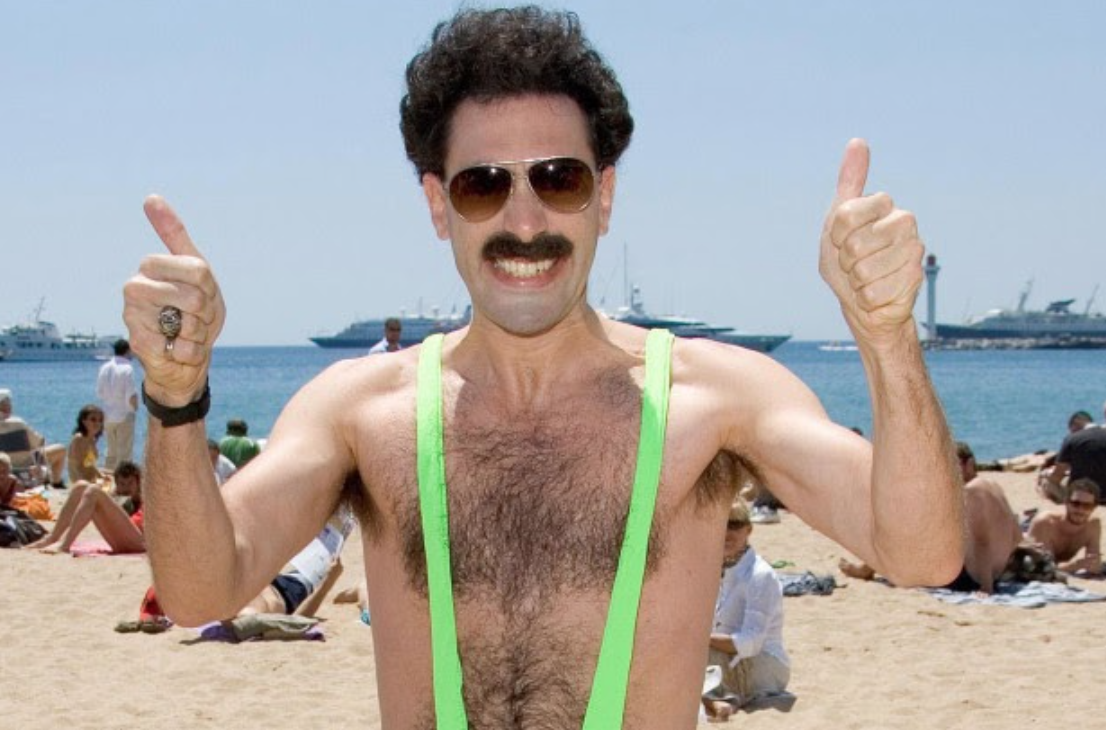 Comedian Sacha Baron Cohen offended some people with his lime-green mankini-wearing character Borat, but he was too busy listening to the people he made crack up. Whether he made you laugh or not, Borat was impossible to ignore.

Sending a strong message that’s true to your brand will divide people and stir up their emotions—but that’s a good thing. You risk vocal critics, but your reward is equally enthusiastic fans to champion your brand.

When it comes to boldness in business, you can and should take a lesson from the most successful comedians and send a strong message. By picking a fight, your brand could thrive more than it ever could by playing it safe.

Pushing Comedy to the Limits

Sacha Baron Cohen is a modern-day Andy Kaufman. The British comedian’s outrageous and offensive characters—most notably Borat and Bruno—are so polarizing, and he so fully becomes them, that he often fears people are going to kill him. And not metaphorically.

In 2018, while filming his satirical series Who is America? Cohen disguised himself as a liberal speaker and held a public meeting in a small town in Arizona to prank residents by telling them that their town was about to become the building site for the world’s largest mosque outside of the Middle East.

Cohen had hired a bodyguard for the event in case any of the locals reacted too strongly to the joke. In a town where residents may carry concealed weapons, the bodyguard had to ensure that weapons were removed before people entered the meeting.

“However, some people might [still] have a gun on them,” the bodyguard warned Cohen. “Don’t worry, if somebody pulls out a gun and tries to shoot you, I’ve actually created a bulletproof clipboard.”

And so, Sacha Baron Cohen carried a bulletproof clipboard the entire day of the shoot. And this isn’t even the most bizarre thing that Cohen has done in his career. He’s not scared to pick a fight—and his commitment to authenticity has made him wildly successful. To earn the kind of rabid fans every brand hopes to have, you shouldn’t be afraid to polarize with your messaging, either.

Nike made a controversial decision to chase growth when they launched their Believe in Something campaign with NFL-player Colin Kaepernick after Kaepernick took a knee during the National Anthem to protest police brutality.

Sure enough, the world split. Some people loved it, and some people set their Nike gear on fire. The campaign was both vilified and celebrated. Their bet on the young and international customer was a smart one: online sales jumped 31%, and their stock went up 5% (a $6 billion increase in value).

A sporting goods store in Colorado Springs decided to boycott Nike products due to the Kaepernick campaign. A few months later it went out of business. Stephen Martin, owner of the store, later said, “Being a sports store without Nike jerseys is like being a milk store without milk or a gas station without gas.”

The point is that Nike took a risk that was authentic to their brand identity, even though they knew they would lose customers. But those big risks and loud messages are the best way to make an impact, be heard, and earn loyalty–and tons of free PR.

A library set to close in Troy, Michigan, was saved with a similarly provocative stunt. The town’s budget has been slashed to the point where the award-winning and much-loved library was on the brink of being closed. City Council gave people one last chance to cast a ballot for a modest tax increase that would fund the library.

A local anti-tax group was against the tax increase. But then another group, “Safeguarding American Families,” joined them in opposing the measure, proclaiming, “Vote to close Troy Library on August second. Book-burning party August fifth.” The new group posted signs across the town, took out an ad in the paper, and started Facebook and Twitter accounts to spread the message.

When you’re lighting those fireworks, think how much more fun it will be to light all those books! #BookBurningParty

I’ve never had a job interview where they asked me how many books I’ve read. #BookBurningParty

There are 200,000 reasons to close the Troy Library. They’re called books. #BookBurningParty

They ran the “Vote No” campaign for two weeks. It gained plenty of publicity and sparked a ton of outrage. People called the group sick and disgusting. Then the new group radically shifted their message for the next two weeks to spread their true message: “A vote against the library is like a vote to burn books.” It turns out it was all a hoax put on by the Leo Burnett advertising agency to save the Troy Library.

There was a record turnout on voting day, and the 58% majority approved the .07% tax increase to fund the library for five years.

As the examples above prove, if you want to earn diehard fans for your brand, don’t be afraid to pick a fight–at least a fight you believe in.

Whether you’re selling a product, saving a library, or wearing a mankini in public, picking a fight is the most foolproof way to capture people’s attention. Conflict makes people choose a side: they’re either with you or they’re not because you’ve taken a stand.

While conflict may not be the ideal avenue for personal relationships, for comedy and business, it’s damn near a sure thing. Customers want to support and identify with brands that take a stand, so you must be willing to risk disappointing or angering people.

If you create something that your target audience can love, even if it means other people hate it, it will be worth the effort.

For more business advice from the genius and madness of the world’s funniest people, you can find Shtick to Business on Amazon.

Dr. Peter McGraw is a behavioral economist and global expert in the scientific study of humor. He directs The Humor Research Lab (HuRL), hosts the podcast I’M NOT JOKING, and is the co-author of The Humor Code: A Global Search for What Makes Things Funny. Peter’s work has been covered by the New York Times, Wall Street Journal, Harvard Business Review, NPR, and CNN. He’s a sought-after speaker and professor who teaches MBA courses at the University of Colorado Boulder, University of California San Diego, and London Business School.

The Power Of No Power