.
An important goal of all this comedy analysis is to dispel many of the stereotypes and misassumptions long held about humor. Take the notion that women inherently aren’t as funny as men, an idea that’s graced the pages of Vanity Fair and triggered controversy at The Daily Show With John Stewart.

Rod Martin, a psychologist from The University of Western Ontario, tackled the idea head-on in a seminar titled, “Sex and the Witty: Empirical Studies of Humor and Gender.” He found that nearly all objective humor tests suggest that women, for the most part, produce and appreciate jokes no differently than men. It was well-executed research, but not the sort of stuff easily incorporated into a comedy bit. 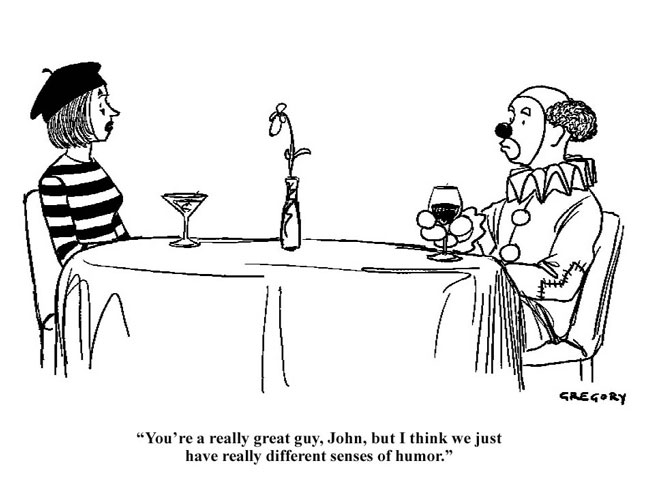 The conference, for all its fascinating insights, suggests that humor researchers have a ways to go before they become an academic force to be reckoned with. The lack of a shared terminology or academic standards among the scholarly disciplines of those in attendance means it’s nearly impossible for the group to agree on something as basic as a general definition of humor.

Attempts at consensus were often plagued by ego clashes and one-upmanship during the International Humor Conference. At one point, Victor Raskin, a Purdue University linguistics professor who founded the academic journal Humor: International Journal of Humor Research, took the podium to declare that humor researchers have long exaggerated their self-importance, and that it’s time to determine once and for all “whether humor actually has any impact in society.”

In response, The New Yorker cartoon editor and humor scholar Bob Mankoff quipped to the audience, “Regarding Victor’s comment that humor doesn’t have any impact: I agree, except for my own.”

Another stumbling block for the conference is the significant age difference between the International Society for Humor Studies founders and the up-and-comers entering the field. Will folks who grew up with The Jack Benny Show and The Odd Couple be able to concur on how to deconstruct comedy with those weaned on South Park and The Colbert Report?

No moment better highlighted this challenge than the conference’s annual joke-telling contest, held one night at the university’s student union. After his colleagues had offered up their selections of witty yet relatively restrained zingers, 29-year-old professor Caleb Warren took the stage and unleashed a joke that involved a donkey, a dead grandmother and a bit of incest in three tidy lines.

A handful in the audience cracked up, and a laughter yoga expert rolled on the floor, cackling. The majority, however, sat stoned-faced. They might not have been able to agree on how to define that joke, but they knew they didn’t like it.

Today, I am headed with an all access pass in hand to the Just for Laughs comedy festival in Montreal. Wish me luck.