Guest post by Caleb Warren: Who is the Coolest President – and What Makes Him Cool?

Karl Rove’s super pac American Crossroads recently ran an advertisement accusing Obama of being too cool to be President of the United States:

Although being cool is often seen as a good thing, the ad suggests that the President should not be cool. Theoretically, I can see why we might not want cool political representatives. In order to be cool, a person needs to show independence and a willingness to do what he or she wants irrespective of pressures to conform to mainstream expectations and norms. We might desire autonomy in graphic designers and barista-poets, but it seems less appropriate for a person elected to represent the interests of others.

That said, being cool could potentially benefit politicians in other ways. Cool provides a way to obtain social status, esteem, and respect. Also a recent report by The Onion suggests that people buy stuff simply because they think it’s cool. But do they also elect Presidents they think are cool?

I conducted a study to find out. I asked 82 Americans from what I’m told is a representative survey panel (assembled by Qualtrics) to name the three presidents they consider the most cool and the three presidents they consider the least cool. Next, I asked them a number of questions about either the president they listed as most cool or the president they listed as least cool. Finally, I asked respondents about their political affiliation and whether they want the people representing them in political office to be cool.

It depends. Most democrats do. Republicans were more split. Some saw coolness as a perk. Others considered it a liability. However, across the sample a majority said that they prefered cool presidents and political representatives, which suggests that the American Crossroads anti-Obama ad may be speaking to a minority audience.

Question 2: Who is the coolest US President? 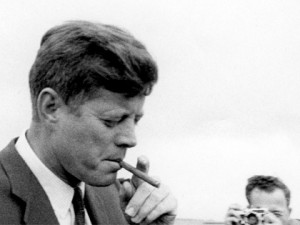 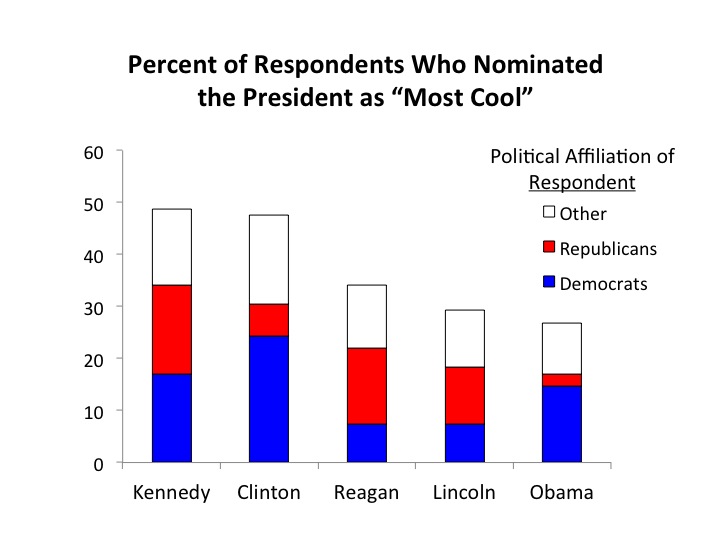 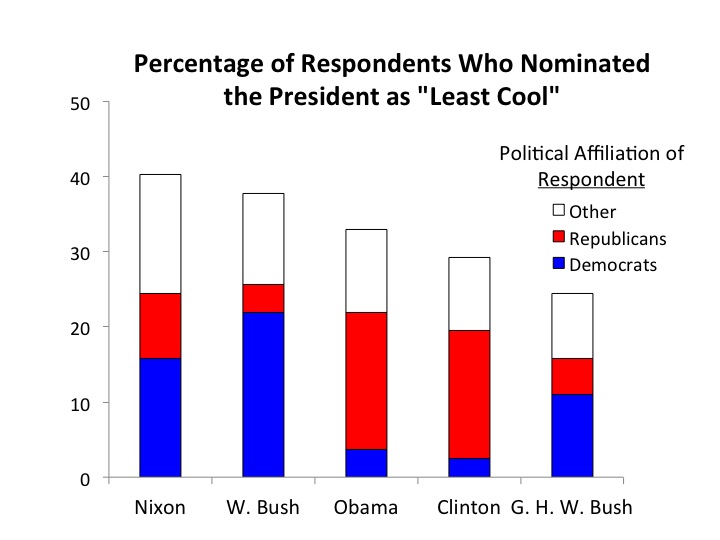 Question 3: What are the Characteristics of Cool Presidents?

It seems that most voters do like cool politicians, but coolness in politicians doesn’t appear to come from showing rebellion or autonomy from the masses. Instead indiscriminately showing independence, cool politicians tend to resist the interests of loathed out-groups, like big business, the political establishment and the economic elite, and conform to the interests of desired in-groups, like the average American and the religious establishment.

Caleb Warren is an Assistant Professor of Marketing at Boconni University.

The Power Of No Power