Exploring the Science (or Lack Thereof) of Standup in Los Angeles

More about my trip to Los Angeles. (Previously posted at Humor Code)

Here at the Humor Code world headquarters, we’ve long struggled with the concept of stand-up comedy. Of all the types of humor to study, it’s likely the most obvious, the most discussed, the most written about, the most filmed. Folks far more experienced than us have already deconstructed the subject every which way. So you might be wondering, what’s left to say about it?

Then again, it’s not as if we can ignore the matter. After all, stand-up is one of America’s greatest cultural inventions. Born from vaudeville theaters and minstrel shows, refined along the Borscht Belt and disseminated to the world thanks to The Tonight Show, Saturday Night Live, and Seinfeld, stand-up flavors comedy the world over.

Furthermore, there’s something fascinating about the stark purity of the genre: just a comedian and an audience; no backstory, no sets, no editors or producers or censors, a place where you either score a laugh or you don’t. It’s comedy boiled down to basics, the perfect petri dish for why we find things funny.

Plus, when you think about it, there are lots of elements within the standup scene that are taken for granted, and it’s high time those concepts are subjected to scientific rigor. Such as, what makes a good standup star? Is it inherent hilarity, tireless training, charismatic presence, life experiences—or something else entirely? And is the current method of finding the next Chris Rock or Louis C.K. the best method of scouting for and enhancing these qualities?

And what about comedy clubs? What makes for a “good room” versus a bad one? And let’s not forget all those profanities. Does a set full of F-bombs really make bits funnier? 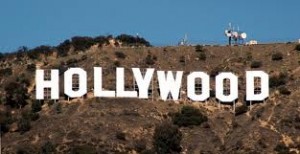 To answer these questions and more, we clearly had to visit one place: Los Angeles. Nowhere else is stand-up so ingrained in the local geography, week in and week out. On Monday nights, there’s the Tiger Lilly Comedy Show at the Hollywood Studio Bar & Grill. On Tuesdays, it’s Comedy Bang Bang at the UCB Theatre. Wednesday it’s Comedy Meltdown. The list goes on: Improv Hollywood, the Comedy Store, the Goundlings Theatre and School. If you want to be a stand-up comic, sooner or later all roads run through L.A.

And that’s where we are this week. We’ll be comparing notes with comics young and old, shadowing comedy scouts for the big talent agencies, and overdosing on overpriced comedy-club drink minimums. We have a few other experiments and escapades planned, too; stay tuned for the gory details.

Oh yeah, we’ll also be taking a little road trip into the desert. That’s right: We’re going to Vegas, baby. But don’t worry. We’ll be spilling the dirty details on what goes down, all in the name of science. For Humor Code swingers like us, what happens in Vegas definitely won’t stay in Vegas.