Do comedy books teach you what makes things funny?

In a previous post, I discussed why I am trying to answer the age old question of what makes things funny (LINK). In today’s post, I investigate whether or not books that help you pursue a career in comedy help answer that important question.

These folks are funny, but do they know what makes things funny?

Do you want to be a comedian or comic writer?

If you want to become a comedian or a comedy writer – or just want to be the life of the party – then you need to be funny – real funny. When I started researching what makes things funny, I thought that a good way to understand humor would be to see what the “experts” say to do. So, I purchased a few highly-rated books written to help people pursue a career in comedy.

1) The Comedy Bible: from Stand up to Sitcom – the Comedy Writer’s Ultimate “How to” guide by Judy Carter (LINK)

Judy is a comedian, comedy writer, and comedy teacher. She teaches you how to create comedic material (in just 26 days) and how to write a sitcom skit (in only 19 days). Although she introduces a joke formula (Attitude + Topic + Premise + Act-out + Mix +Act-out), she makes only a slight reference to what makes things funny, by discussing the role of surprise and inconsistency in creating humor. That is, mixing two elements that are not typically associated with each other causes humor. As I will discuss later, this is the foundation for a broad theory of humor called incongruity theory.

2) The Comic Toolbox: How to Be Funny Even If You’re Not by John Vorhaus (LINK)

John is a comedy writer. He helped write episodes for Married…with Children, among other television shows.  He doesn’t spend much time addressing what makes things funny (his big insight is “Comedy is truth and pain.”). Rather, he introduces a bunch of comedic tools for the aspiring comic to use for practice (this is not surprising given the name of the book).  My favorite comedic tool is the “rule of three,” which also builds on a belief that humor comes from incongruity. Example: Three things you should never say to a widow at a funeral: “He looks so peaceful.” “He has gone to a better place.” “He was great in bed.”

3) The Art of Comedy: Getting Serous about Being Funny by Paul Ryan (LINK)

Paul is a comedy teacher (his most famous student was John Larroquette from the 80’s show, Night Court (LINK). Instead of theory, he presents a series of comic exercises to help your comedic practice. Titles include, Honing dialects, Physicalizing someone else’s persona, and Playing the straight man. In the Playing the straight man, he discusses how the “straight man” creates a contrast to the goofy or inappropriate antics of the “funny man” in order to facilitate humor.

One thing that is clear from the books is that making a living being funny is hard work – even talented comics and comedic writers spend a lot of time and energy developing funny material. (If you doubt this, check out the movie Comedian – LINK, which chronicles the long and challenging process Jerry Seinfeld endured creating his a post-Seinfeld stand-up act.) Jokes are written, tested, revised, and retested over the course of months and years. With this in mind, the comedy books present many good pieces of advice, such as keeping a notebook and having a comedic partner, which help the writing and brainstorming process. 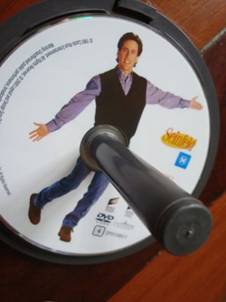 It’s hard to come up with new material.

Being funny doesn’t require a theory (though it helps)

What surprises me about these books was how little theory there was about what, exactly, makes things funny.  I had expected that entire chapters would have been dedicated to theories of humor and outlines of strategies about how to use the theory to become funnier. (A notable exception is Jimmy Carr, a very funny British comedian, who presents a solid overview of humor theories in his excellent book, Only Joking: What’s So Funny About Making People Laugh (LINK).

But I think I know the reason for the lack of theory. People have been creating funny material for centuries without a theory. Although I believe a theory would help (and I am testing this idea in HuRL,  you can get by without a theory if if you have good instincts, experience, and a strong work ethic. Simply coming up with many ideas and thoroughly testing them can be enough. Scientists call this a bottom-up approach. That is, you sort through data to build up to an answer rather than using a theory to work down to an answer. Thus, the techniques in comedy books that help comedians and comic writers develop instincts and hone the skills to create potentially funny material and then test and improve it over weeks, months, and years.